Aluminum formwork market is increasingly popular in many Asian countries such as India, Malaysia, China, Korea, … including Vietnam.

Do you want to know how many aluminum formwork companies are present in Vietnam?

Note: The content below is not intended to be an evaluation or a recommendation for any individual or organization.

As observed in recent years, the following are the companies that have a large market share in the Vietnamese aluminum formwork market:

A subsidiary of Kumkang Kind Korea (KKK). One of the leading companies in aluminum formwork in Korea.

The reason I put this company first is because according to research, Kumkang aluminum formwork is really reputable, has the largest coverage and market share in Vietnam.

Officially entering Vietnam in mid-2010. Over the past years, Kumkang has designed and provided hundreds of projects. And is one of the first choices of leading contractors such as Coteccons Group, Hoa Binh, Central, Cofico, An Phong, Lanmak, ..

This is considered the factory with the largest capacity in the system and will supply the Vietnamese market and other countries in the region.

Also a large formwork company in Korea. Entered Vietnam in 2010.

Despite having a sizable market share in the northern region of Vietnam, S-Form is targeting its development to neighboring countries.

This is a subsidiary of a multidisciplinary corporation come from the land of kimchi. Like other Chaebol, Hyundai invests in most “money-making” areas.

In Vietnam, Hyundai Aluminum Vina can also be called a “cheek number.” Aluminum formwork (Aluko) is no exception.

The aluminum manufacturing factory in our country (Hung Yen, Thai Nguyen, Binh Duong) with the leading capacity in the region has created a significant competitive advantage for Hyundai aluminum formwork in the Vietnamese market.

Listening to the name, many people believe that this is a Japanese company.

But no, it’s original Vietnam. As for the technology and technology of any country, I cannot reveal it.

Starting in the “game” since 2016, Saki also made an impression on her loyal customers. Before that, Saki had a certain reputation in the field of scaffolding, construction machinery, …

In order to compete with international competitors, Saki is not afraid to invest in building factories and processing lines of aluminum formwork in Binh Duong and Ha Nam.

Hopefully, with his ambition, Saki aluminum formwork can stand shoulder to shoulder with big competitors like Kumkang, Sammok, Hyundai, ..

Starting point is a member of the Coteccons Group, established in early 2017. With its position, it can be said that BM Windows is a formidable competitor. Make the sales of the big guys decline.

The pioneer is in aluminum and glass, but BM Windows can also design, maintain and process aluminum formwork by itself to supply some Coteccons projects.

BM Forms is the name for the aluminum formwork, scaffolding and Gang form array of BM Windows.

Update: Currently, BM Windows is not member of the Coteccons Group

A Korean company, has a representative office in Vietnam since March 2016. And have executed a number of projects in Hanoi.

They choose to provide solutions similar to other welding companies such as: Aluminum formwork, gang form, and accessories.

I think that the companies that provide Aluminum Formwork Systems solutions mentioned above are the most prominent, besides there are a number of other companies:

Ignoring AGC is a shortcoming. As a relatively new aluminum formwork company, derived from a construction contractor of Novaland projects. AGC almost designs and processes aluminum for its own projects. Typical as Sun Avenue, …

Update: AGC aluminum design and office department has been has stopped since January 11, 2018.

A Chinese company called Zhongwang (once caught in a huge aluminum warehouse scandal in Vietnam). It is the 2nd largest industrial aluminum company in the world and the number one in Asia.

Entered our country’s aluminum formwork market at the end of 2016 with the name Great Formwork, a subsidiary of Zhongwang Malaysia.

As a leading Chinese aluminum formwork company, it entered Vietnam quite late in June 2017.

Hopefully this is a heavyweight opponent in the aluminum formwork arena.

An aluminum and glass mechanical company established in 1993 under the name Anhui Construction Limited (AHA).

Then became a member of Hoa Binh (HBC group) in 1997. As the main unit in construction of aluminum and glass, facades for HBC projects as general contractor.

With more than 20 years of development with technical infrastructure and support from HBC, it can be said that AVA will confirm its position. At least not a small competitor of other units when they can supply to Hoa Binh parent company.

Mechanical processing and manufacturing company. But recently they have also expanded into aluminum formwork machining and maintenance. They focus mainly on he small and medium market.

Officially setting up a representative office in Hanoi from April 2019, Seobo has approached the Vietnamese market in the form of formwork such as Gang Form, Euro Form, .. and a number of projects providing aluminum formwork.

Their pricing strategy is also quite competitive.

Vietnamese company was established in 2015. Specialist in processing and supplying aluminum formwork, aluminum frame formwork and accessories. They have also provided for a number of high-rise projects in our country.

In my opinion, they encroached on Alu Form of course.

A Chinese aluminum company. It seems that it is also present in our country and has a few distributors doing business.

In Korea, the name GS ENGINEERING & CONSTRUCTION is not too strange. Even famous in the construction world.

In 5/219, Vietnam GS Industry (VGSI) decided to build a factory to manufacture aluminum formwork and elevator in Nhon Trach.

Of course, they do not ignore the Vietnamese aluminum formwork market.

Especially GS is going to deploy many super real estate projects in Vietnam, this lucrative “bait” will attract big contractors in our country.

Promises GS will reset the “rules of the game” aluminum formwork.

Miretech is a big name in the world of suppliers of aluminum formwork and cast iron accessories in Korea. Some of the leading formwork manufacturers import products from them.

And the appearance of Miretech at the exhibition VIETBUILD (Hanoi, HCM 2019) will officially mark the presence of Mire in Vietnam.

The hot aluminum formwork market is now even more exciting.

Heard your name and guess it’s a Korean company too.

Having a history of more than 30 years development in South Korea in the field of manufacturing construction materials, providing scaffolding, formwork. Including aluminum formwork.

Coming to Vietnam quite late in August 2019, SGV will probably thrive based on its existing advantages.

The information contained in this article is based on personal opinion. So it is difficult to avoid shortcomings.

I will update and supplement.

Which of these companies do you know?

Or are you working, cooperating with any of them? 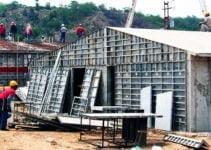 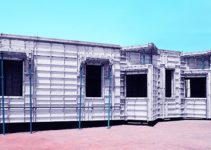 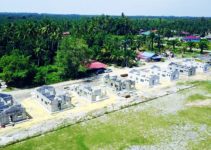 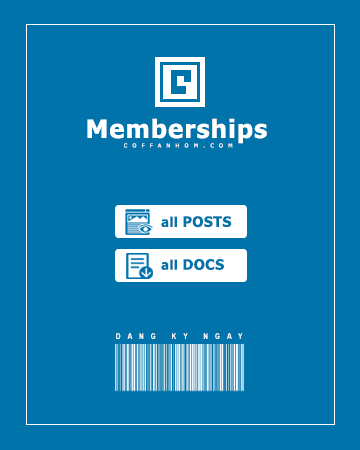 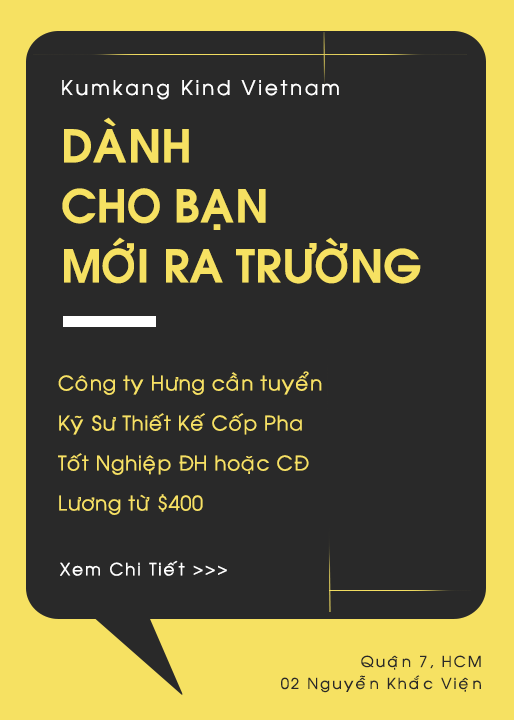